Ah, the American Dream. Come up with a great idea, work hard to grow your little company into a colossal giant and live out your retirement in your well-earned mansion. Right?

Wrong. At least that’s the way industries like food and snacks are progressing. While there’s no shortage of innovation in new snacks, the way of the industry seems to be acquisition. Instead of growing a single, small snack operation into a giant company, these tiny brands are being picked up and used to diversify the portfolios of huge corporations.

We like to keep track of these sorts of things because a large portion of our clients are food businesses. As a marketing company, we’re always looking to provide them with insights into their industry. They’re entrepreneurs, they’re busy and so we take it upon ourselves to diligently scour our food industry newsletters and Google Alerts to make sure neither of us miss any big news – and these consolidations are huge.

For example, food giant Hershey’s recently bought Amplify, the owner of Skinny Pop low-calorie popcorn, in its third acquirement in as many years. In 2016 it picked up Ripple Brands (which makes barkTHINS) and in 2015 it acquired Krave Pure Foods, makers of protein snacks.

According to reports, these sweet and savory snacks have only helped boost Hershey’s huge sales numbers (and profits). And they aren’t the only ones – Conagra recently purchased Boom Chicka Pop and Mars took a minority share in KIND bars. And we can’t possibly forget Amazon’s shocking purchase of Whole Foods earlier this year (not that Whole Foods is a little guy…but you get the idea.)

Remember, big companies buy up the little guys to make up for low organic growth. There’s little risk in buying a small, pre-established organization rather than creating an entirely new division of their own company. Because many industry giants have reached maturity, they turn to acquisitions for growth and food industry consolidation thrives.

These types of acquisitions can still make waves like Amazon, but they’re quickly becoming the norm. These days, when the proprietor of an independent butchering company retires, he can either close it down or sell it, with the latter being the favorable option. As more solo operations sell, more consolidation appears in the food industry. 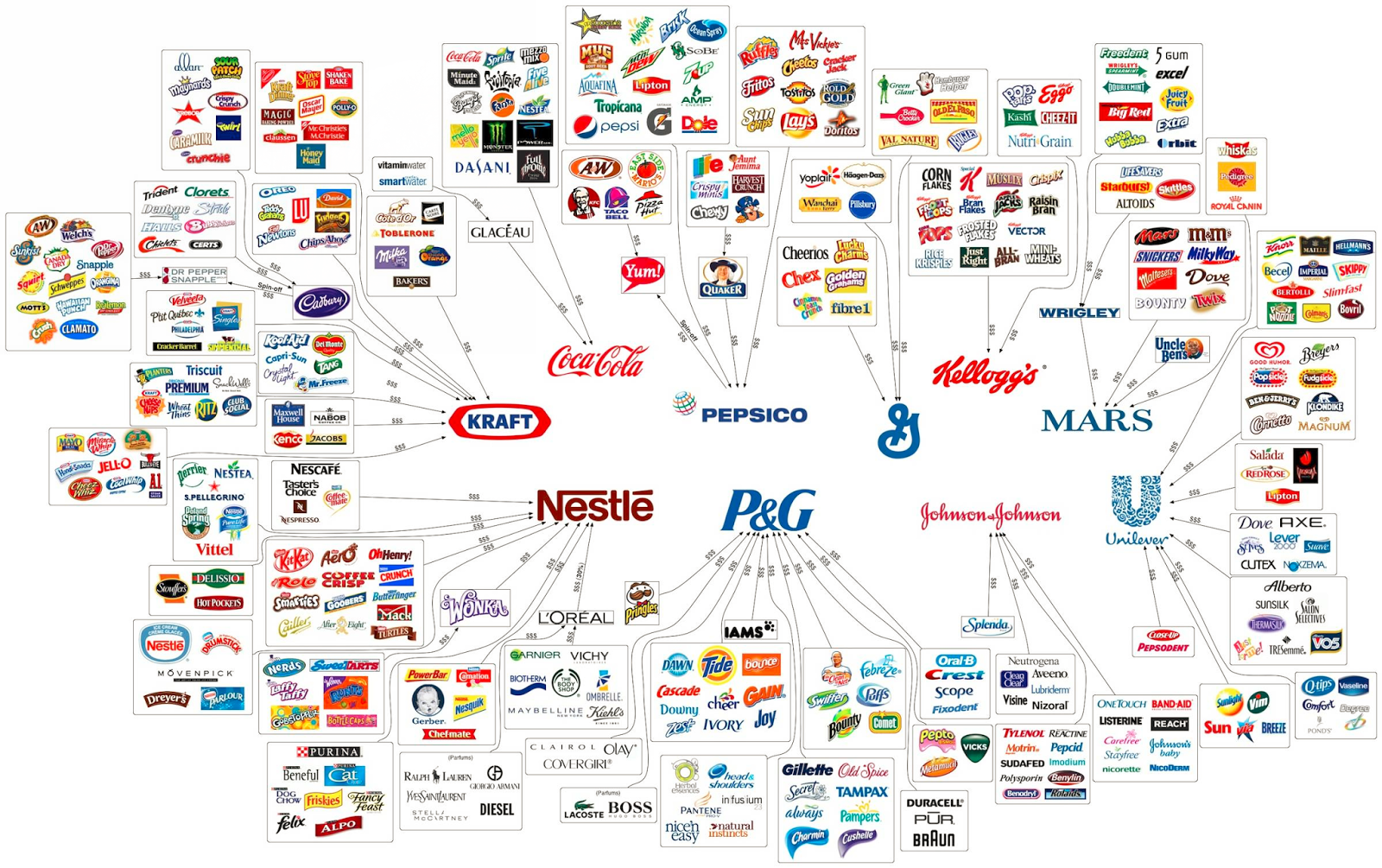 Sounds like it’s only a matter of time before your favorite snacks get swallowed up by industry giants. Better keep your eye on fast-growing, trendy snacks like Halo Top and Buddha Bowl popcorn.

Learn more about the food industry by subscribing to our newsletter on the sidebar! And up your millennial marketing game with our latest snack marketing eBook.