There are few, if any, combinations of four things I love more than the wonderfully inspired concoctions the above ingredients produce. I speak, of course, about beer.

Brothers Patrick and Daniel Conway started GLBC, Ohio’s first microbrewery, in 1988. While the brewpub and restaurant have stayed in their original Ohio City locations on Market Avenue, just off West 25th, brewing operations have expanded to adjacent properties.

But the Conway’s are planning another expansion – of the brand variety- when their re-imagined logo drops in June both for the brewery and the packaging on five of the brewery’s flagship beers: Burning River Pale Ale, Commodore Perry IPA, Dortmunder Gold Lager, Edmund Fitzgerald Porter and Eliot Ness Amber Lager.

Another “hot” new label preview for you! Any guesses? #GLBCrefresh “We want this refresh of the brand to be a rediscovery for our loyal fans as well as a way to tell the Great Lakes story to new customers,” co-owner Pat Conway said in a press release. “Each of our brands tells a unique story from the Great Lakes region, and revealing those stories through these high quality illustrations will make our packaging as great as the beer inside.”

I may have only lived here a short while, but it’s become rapidly evident Clevelanders will go nuts for anything that reps their city or region in the brand name – one only has to look at the 50,000 bottles that Cleveland Whiskey sold in its first year on liquor store shelves. Great Lakes Brewing is no different (it is, however, infinitely more delicious than its liquor counterpart).

The revamped logo keeps the mixed serif and sans-serif type it had before, boasting an updated, modern take on traditional aesthetics that emphasizes simplicity over anything else. The single line depicting wave crests divides the brewery name from the date established and location text, giving the logo some heft that maintains its charm despite its top-heaviness. The text “Est. 1988” – a new addition to the logo – speaks to GLBC’s rich brewing history, while the hop flower graphic is meant to convey the brewery’s commitment to sustainability and brewing quality.

Artist Darren Booth, whose portfolio includes work for ESPN, Random House, Sony and The New York Times, was selected to illustrate each bottle as part of the overall re-brand.

“As an illustrator, part of my job is to help tell the story. I’m excited that every brush stroke, every piece of collage, and every layer of paint is enhanced by the rich narratives behind the GLBC beers,” Booth said in a press release. “I’m honored to have been chosen to reinterpret them because we share a mutual love for story, and for craft.”

Here’s a snippet from our new Edmund Fitzgerald Porter label, with a handwritten tribute to the ship’s crew. #GLBCrefresh

Re-branding is rarely an easy process. Every decision can seem daunting and uncertain faced with the pressure of attracting new customers and retaining existing ones. If the refreshed logo is any indication, GLBC’s latest chapter in their 27-year history is sure to strike a chord with fans and newcomers alike.

Whatever the result, craft beer fans will be dumping GLBC’S brews down their gullet all the same; the bottles will just look a little prettier in the process.

How to Generate New Leads and Revenue Streams Online – E-commerce

Let’s face it, the COVID-19 pandemic has been arguably very hard on small businesses. However, this is not the time to slow down on gaining 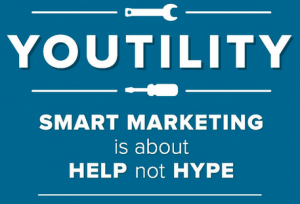 There is a new way of reaching customers in today’s world and it is probably not what you’re thinking. Have you ever had a