Just to be clear, I think brand “pranks” on April 1st have become insufferable. We’ve come a long way from Google’s MentalPlex hoax of 2000 and now every business in this hemisphere pulls some sort of stunt for April Fool’s Day.

I can best sum up my views on brand April Fool’s pranks with this quote from a FastCompany article: “if you’re going to pull a stunt, make it good.” In this Hey Now! Thumbs Cup, I’ll award aggressive thumbs downs to this year’s worst pranks and halfhearted thumbs ups to the best.

Thumbs Up: Arby’s and Warby Parker

A tag-team prank between two huge brands is an excellent foundation for an April Fool’s Day stunt – especially two brands whose names mash so well together!

It was fun, it was engaging, and as part of the stunt, both brands donated to different charities. Everyone went home happy and with an onion ring monocle in tow. Thumbs up!

You can tell immediately this prank is lame because it’s a fake brand that rhymes with the company’s real brand name. I have yet to see an April Fool’s prank where a company introduces a fake brand based on a rhyme and it’s actually funny (except HornHub, but this is a family-friendly blog).

The worst part is that it appears you can buy the beer, but when you click the “Buy Now” call-to-action it just takes you to the Duolingo homepage. BORING.

They also released a video showing Seth Rogan signing the deal with so much as a shoulder shrug. It was a little dark, but so is Seth Rogan’s entire lineup of films, making him the perfect partner for this prank. Thumbs up for celebrity-endorsed pranks!

Thumbs Down: Every brand that introduced a fake cryptocurrency

I’m looking at you, Tumblr, Houzz, Sam’s Club, and Hpnotiq.

This reminds me of the time in middle school art class where we were given a shape and had to make a drawing around it for a creative exercise. And I saw this parallelogram and it took me all of 0.2 seconds to decide it looked like a house roof, so I drew a house and thought I was being incredibly creative. That is, until everyone revealed their drawings and I saw that the other 13 kids in the class had also drawn a house.

Tip: If your idea takes 0.2 seconds to decide in the company’s creative brainstorm, it’s probably not a good idea.

Shippo is a software company that helps businesses with the shipping part of their ecommerce platforms. Don’t worry, I had never heard of them either – until yesterday.

Shippo ran a great April 1st promotion where anyone could ship a potato through their services for 24 hours if they created a Shippo account.

This is the best example I saw yesterday of a brand using their prank as anything other than a weak attempt at brand awareness. If anything, Shippo is going to make money off this prank in the long run. Can you imagine how many consumers they drove to the top of their marketing funnel?! And the silly promotion coincided perfectly with April Fool’s Day.

If anything, I’m envious of this prank. It costs $2 for a bag of potatoes and if only 1% of the potato receivers become customers, they’ll surely pay off prank costs sooner than later. Thumbs up, Shippo!

They announced plans for a fake Chocolate Whopper. This is coming from the brand that gave a personal Burger King restaurant to a fan in France and regularly pulls headline-making, PSA-type, hidden camera stunts.

After yawning 100 times in a row, I wondered how long it took them to come up with a chocolate hamburger. Did they forget about April Fool’s Day and try to scrape something together over Easter weekend? Thumbs way down. I expected more from you, Burger King.

That being said, you can send my chocolate Whopper c/o Hey Now! Media in Beachwood, Ohio any day now.

Learn more about branding and become a marketing rockstar! Click below to download the latest free offer from Hey Now! Media. 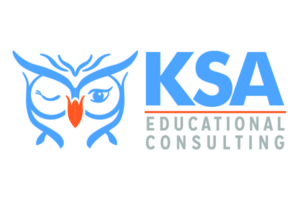 Ready to take her business to the next level, Kimberly Shepard brought us on to help clearly communicate her message and speak directly to her

Start-ups have nothing to do with originality

Your temperature-regulating beer stein with LED indicator just exploded on the scene.